There’s been a lot of changes since the release of episode 1. Our first visual artist, Florian Ponty, decided not go on with the project, and we had 4 more episodes to ship. We asked an old friend, Nicolas Fouqué, to take over for the next episodes. He did a lot of research to match the darker tone of Echoes, and we’re very pleased by the results.

We’ve kept Florian’s work on the background scenes, but all the characters have been redesigned. 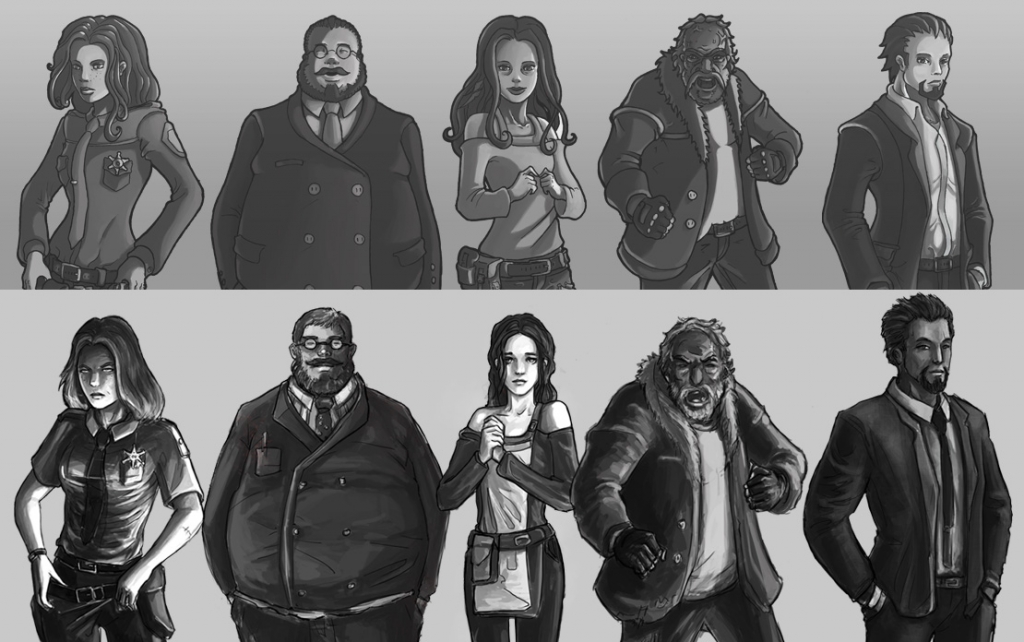 A word from the artist:

Episode 1.5 will be a free update for Echoes and it will be available as the same time as Episode 2, around the end of July.